Diseases spread by ticks are an increasing concern in Ohio and are being reported to the Ohio Department of Health more frequently in the past decade, with Lyme disease and Rocky Mountain spotted fever (RMSF) being the most common.  Other tickborne diseases such as anaplasmosis, babesiosis and ehrlichiosis are also on the rise.  Though rare, diseases such as tularemia, southern tick-associated rash illness (STARI) and Powassan virus may also be carried by Ohio ticks.

There are about a dozen species of ticks that have been identified in Ohio.  However, most species are associated with wild animals and are rarely encountered by people.  Three species, the American dog tick, the blacklegged tick and the lone star tick, are among the most likely ticks to be encountered by people or pets and are described below.  All three of these species are of significant public health importance and are responsible for nearly all tickborne diseases reported to the Ohio Department of Health.

Wear repellent containing up to 30 percent DEET, check your body daily for ticks and limit your exposure to ticks and tick habitats.

Take action to decrease your risk of infection: protect against tick bites, check for ticks, remove ticks as soon as you can, and watch for symptoms.

The Medina County Health Department (MCHD) will provide tick identification for residents of Medina County for ticks that were found on or attached to humans only. For more information click HERE.

Some people are interested in having ticks that they removed from themselves or loved ones tested for various tickborne diseases.  The Ohio Department of Health does not recommend tick testing under these circumstances for the following reasons:

Some private laboratories offer tick testing, but the Ohio Department of Health does not collect ticks from the public and test them for tickborne diseases.

Please see the links below for more information on the specific tick species and for ways to take precautions to prevent tick bites. 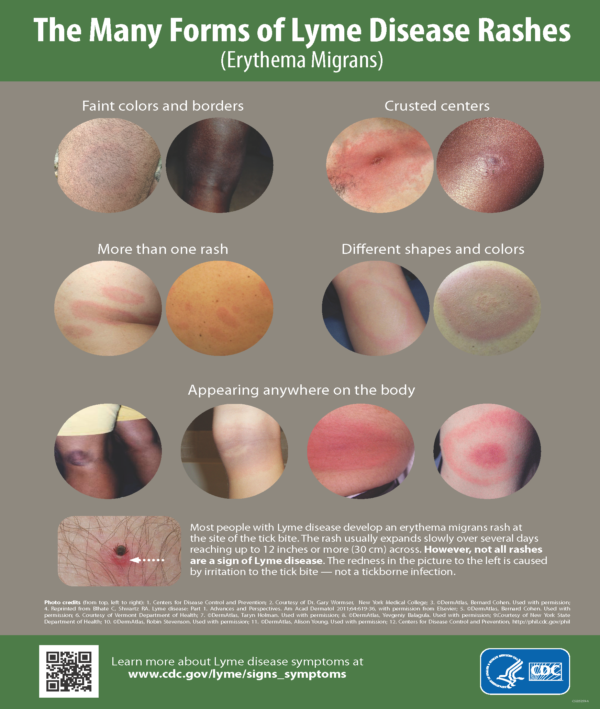 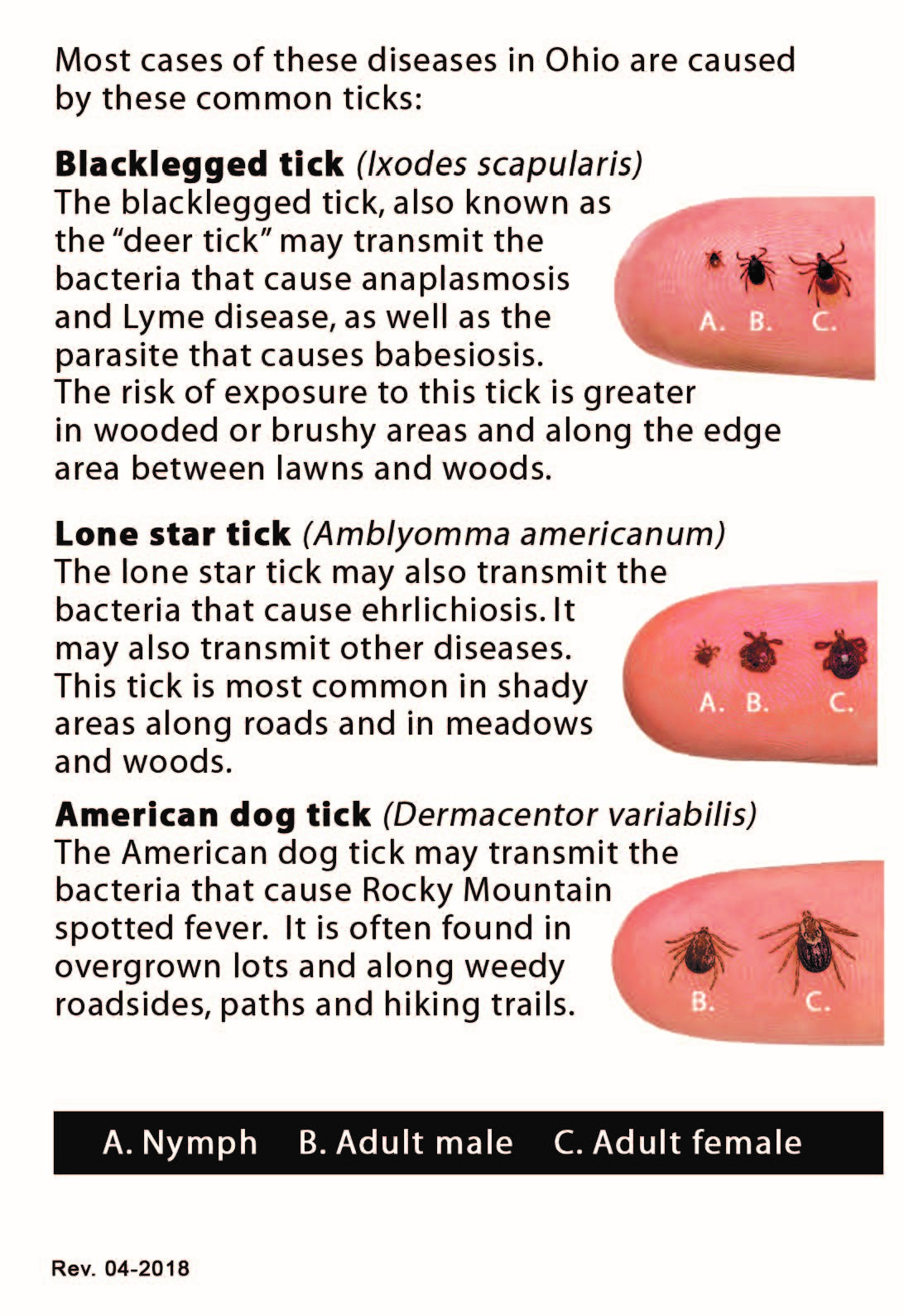